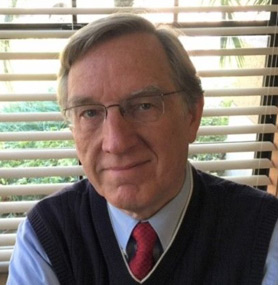 Bill Dambrackas has served as an engineer, executive and investor in technology companies through startup, IPO and acquisition. He has been issued 9 U.S. Patents and is co-inventor on 3 U.S. Patents. Bill founded Equinox Systems (Nasdaq: EQNX), took it public in 1993 and served as its Chairman, President & CEO until 2000 when it was acquired by Avocent (Nasdaq: AVCT), where he served as Executive Vice President until shortly before Avocent was acquired by Emerson Electric (NYSE: EMR) in 2009. Bill also served on the Boards of Focus Enhancements (Nasdaq: FCSE) until it was acquired by Vitec Multimedia and on the Board of Quipp Inc. (Nasdaq: QUIP) until it was acquired by Illinois Tool Works (NYSE: ITW). Bill serves as Chairman of Clarke Valve, a start-up in the industrial valve space (www.ClarkeValve.com).